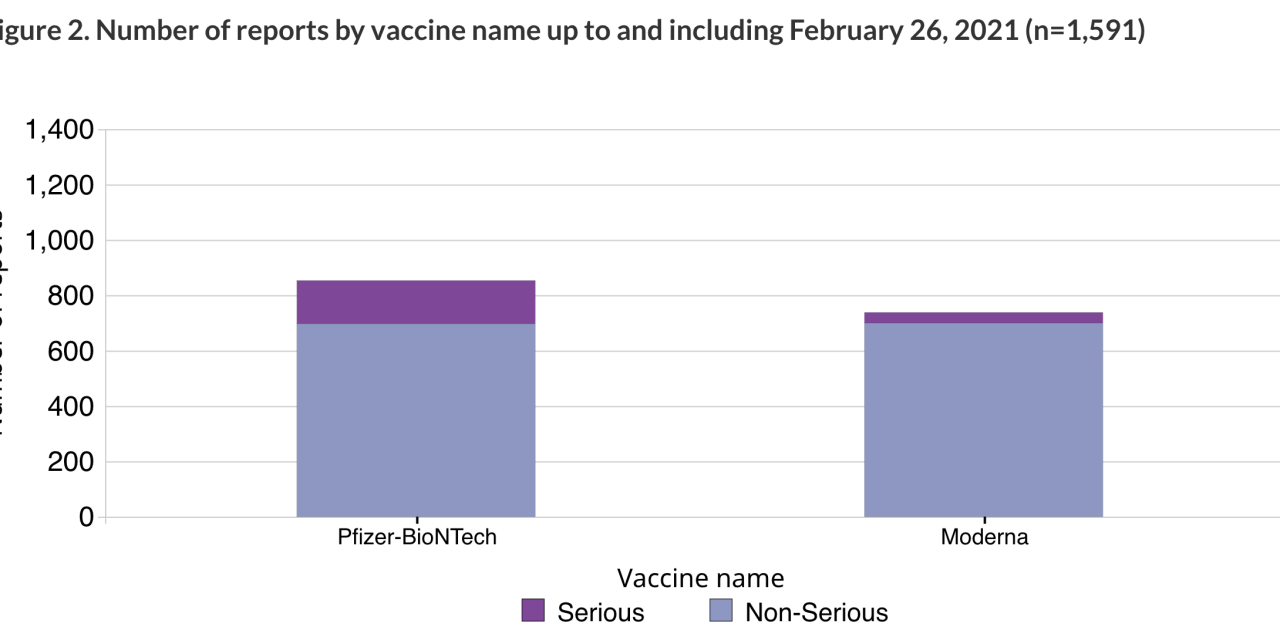 Adverse events reported to Health Canada by all provinces following immunization: Number of reports (1,591) by vaccine name up to and including Feb. 26, 2021.

April 2 UPDATE: The number of adverse reactions to COVID-19 vaccines as of March 26 was 2,859  which is, according to Health Canada .060% of the 4.8 million doses administered to that date. The vast majority of side effects are considered minor but 384 are classed as serious. Across Canada, there have been 26 reports of deaths after vaccination. After investigations, 14 were deemed not to be linked to vaccination while 12 deaths are still under investigation.

Health Canada has received nine reports of deaths that occurred after individuals received COVID-19 vaccines by either Pfizer BioNTech or Moderna.

But reviews of medical reports showed that seven of the nine cases were not linked to the vaccines while two are still under investigation.

Up to Feb. 26 (the latest date for which data is available), there were 1.778,405 doses of vaccine administered and 4,341 adverse events (side effects) had been reported.

As of today, 2,630,153 doses had been administered so the number of adverse reactions will most definitely be higher by now but Health Canada has not updated the information on its website as it is supposed to do weekly.

Only 194 cases – or .011% of all doses – were considered serious adverse events. That’s 10.9 reports for every 100,000 doses. And the most common serious adverse reaction has been anaphylaxis. 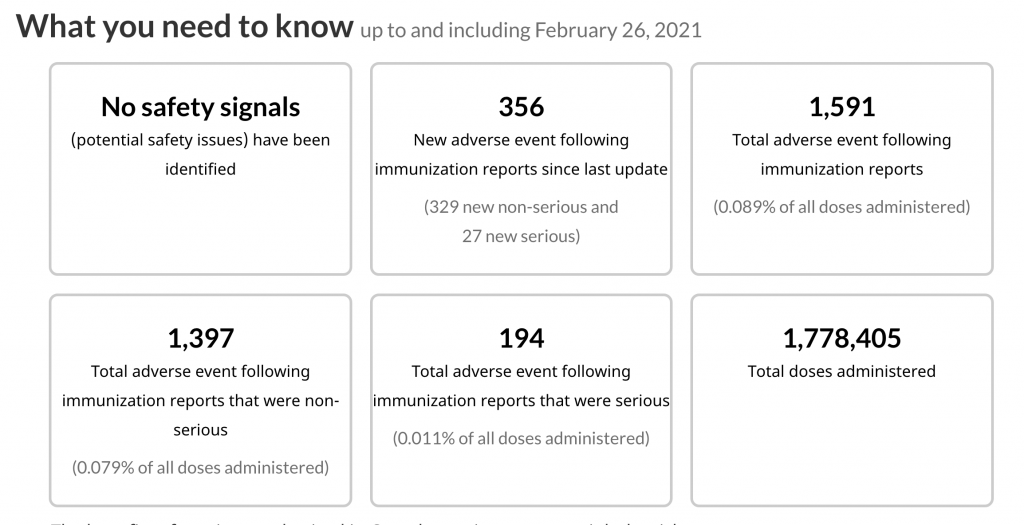 Health Canada says it has no safety concerns about the vaccines so far but it will take action if concerns arise.

The number of reported adverse events has been highest among females and those aged 18 to 49. Hormonal, behavioural and biological factors are behind the preponderance of side effects that women experience to vaccinations.

The information in the Health Canada report is submitted by provincial authorities. Here’s a chart of the most frequently reported adverse reactions: 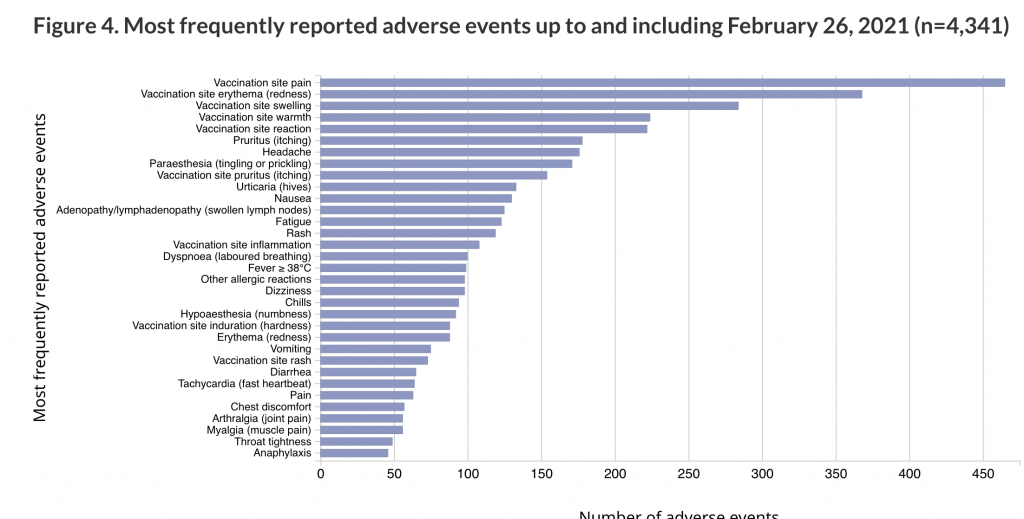 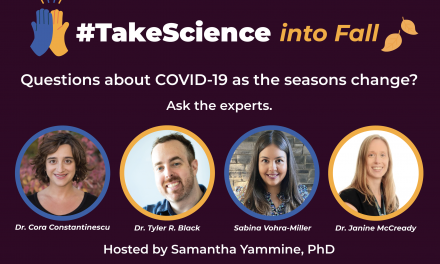 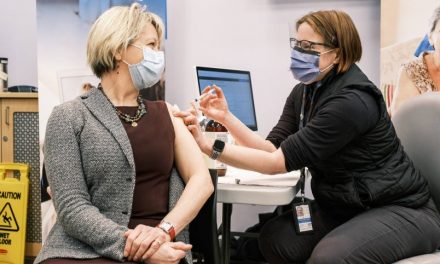