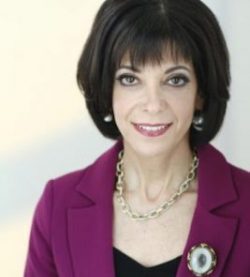 I am one of five experts in breast cancer screening to have recently published a critical commentary in the Journal of Medical Screening about flaws in the decades-old Canadian National Breast Screening Study which has influenced breast screening policies.

It’s important because 40 years on, thousands of women have likely died because of the study’s erroneous conclusion that screening mammography wasn’t an effective cancer detection measure for women in their 40’s. Screening policies in Canada and other countries were heavily guided by what we view as a compromised study. So in many Canadian provinces, and elsewhere, women can only start screening at 50.

Those policies are still in effect and should be revisited now that there are eyewitness accounts that the study was corrupted, and therefore of no value. Whistleblowers came forward earlier this year, confirming our long-held suspicions of errors in the way study participants were randomized. I have for several years maintained that the flawed study not only relied on poor research methods, but it also used obsolete technology.

The contentious study was for women 40-49, and was meant to answer the question: Does screening mammography save lives for women in their 40’s? It was supposed to be a randomized controlled trial of screening mammography, but there were several flaws. The one discussed in our recent paper was tampering with randomization. In a randomized trial, there are two groups: the study group (in this case, the women having mammograms) and the control group (those not having mammograms).

Screening is for women with no known breast problems. No lumps, skin changes, nipple discharge, for example. But this study’s design allowed women with lumps to participate. So even if it had been flawless in every other respect, it really wasn’t a study of screening for women without symptoms.

One of the fundamental requirements of a randomized trial is that the process of assigning women to either group should be “blind;” nothing should be known about each individual that might affect which group to which they are assigned. If women are assigned blindly, there will be an equivalent number of women in each group who will eventually be diagnosed with breast cancer. One group would have mammograms and the other would not, and after several years, if fewer women died in the mammogram group, then you could say that mammograms did save lives. That was the outcome for all the other trials done from the 1960s through the 1980s.

What had been suspected for decades, is that the “randomization” in the Canadian study was not consistently blind. At all but one of the 15 centres, the women first had a breast examination by a nurse and only then were they assigned to either the control group or the study group. What is newsworthy is that eyewitnesses recently came forward and confirmed that there were times when a nurse found a lump in a woman’s breast, or lumps in her armpit (either of which would raise suspicion for cancer), circumvented the randomization and arranged for the woman to have a mammogram instead of going into the control group. By tampering with the randomization process in this way, more women with possible/probable cancer were put into the mammogram group, so not surprisingly, throughout the study more women in the mammogram group died of breast cancer. If the women had been randomized properly, it would be reasonable to conclude that screening didn’t work.

The ill-conceived screening policies should be revisited now that there is conclusive proof that the Canadian study was corrupted and is invalid. Based on all the other randomized trials, and modern observational studies, women should be advised they can start getting screening mammograms at age 40 instead of waiting 10 more years.

Dr. Paula Gordon is a Clinical Professor in the Department of Radiology at the University of British Columbia. Her research interests include breast ultrasound for diagnosis and for supplemental screening for women with dense breasts. In 1995, her paperr in the journal, Cancer, was the first to show that ultrasound could find cancers missed on mammograms in women with dense breasts. Her mission is for as many breast cancers as possible, to be detected early, to give women more options for less aggressive therapy, and to reduce breast cancer mortality.

During her career, she has published 35 articles in peer-reviewed journals, attended over 200 conferences, given over 300 lectures on various aspects of breast diagnosis, and participated as moderator and panel member at international meetings. She is a popular instructor at “Hands-on workshops” where radiologists and surgeons learn how to perform needle biopsies and other procedures with ultrasound guidance.

She volunteers as Medical Advisor to Dense Breasts Canada and DenseBreast-Info.org, and as Director on the Board of the Canucks for Kids Fund.

In recognition of her contributions to the field of breast imaging, she was made a Fellow of the Society of Breast Imaging. She has received the BC Children’s and Women’s Hospital Award of Excellence in Education, and was the first radiologist to receive a Killam Teaching Prize from the University of British Columbia. She was awarded the Honorary Medical Alumni award by the UBC Medical Alumni Association, received a Queen Elizabeth Diamond Jubilee Medal, and was invested in the Order of British Columbia. She was named one of Canada’s 100 Most Powerful Women by the Women’s Executive Network.