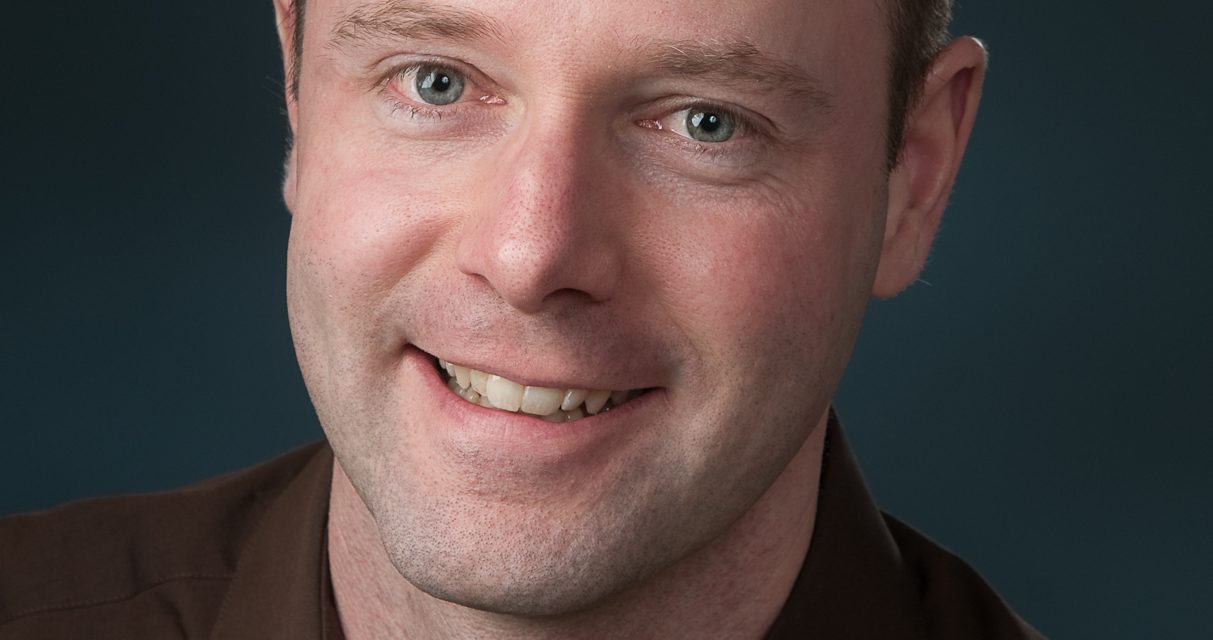 Dr. Scott Lear on his decision to go into rehab for depression.

I’ve recently completed a seven-week inpatient treatment for my depression, anxiety and anger.

Looking back, I’ve probably been suffering from depression for years. My enjoyment of life had been slowly declining. I became irritable and hurtful to the ones I love. It accelerated through the pandemic as many of my go-to supports (swimming, socializing) were cut off.

While people often associate depression with sadness, anger is also being recognized as a symptom of depression. Anger in men is quite common. At an early age, boys are taught emotions such as hurt, sadness and disappointment are not acceptable, and crying isn’t allowed. Anger then becomes the comfortable emotion. It gives a feeling of safety as it’s an emotion of action and energy. However, anger can be destructive to the ones around you.

Delaying treatment is common across a lot of diseases, but especially so in mental illness. This is due in part to the difficulty in recognizing the disease in oneself. Is it just a few bad days strung together, or something more? Once recognized, the stigma associated with mental illness is enough to deter people seeking care. There’s also a lack of obvious treatment options.

Throughout the years, I’ve tried counselling. It didn’t work for me. Despite going to a number of counsellors, the approach was all the same—spending time talking. While it helped me understand some of the roots of my behaviours, it didn’t do anything else. I didn’t feel any better and my behaviours hadn’t changed.

At the time I knew it wasn’t helping, but I didn’t know what I needed.

As a result, I turned inward. I continued to exercise, began meditating and focused on my sleep. All good things to improve mental well-being. But I also poured myself harder into my work and thoughts of self-harm became a near-daily occurrence. I kept telling myself it’s okay to not be okay. This mantra soon became my crutch giving me permission to have bad days. Little did I know how my worsening mood was affecting those around me. 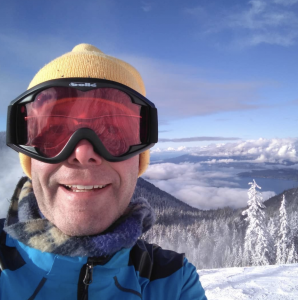 Dr. Lear tried everything – including fresh air and physical activity – to help cure the blues.

It was in December 2021, when confronted by my family, I sought serious treatment. I called a crisis line to discuss my self-harm thoughts. This helped in the moment, but I was told if I feel I might harm myself to call 911. However, I knew this wasn’t something I wanted to do. Not because I didn’t want help, but because this isn’t a reasonable treatment. In many cases after calling 911, the police are the first to your home. While well intended, sometimes these encounters end up with being forcibly removed from one’s home and taken to the ER to be sedated.

I saw my family doctor who prescribed an anti-depressant and started looking into local inpatient programs. Not only were they full with a long waiting list, but it was also a short-term fix with average stays of one week. Once you’re stabilized (not a harm to yourself or others), you’re discharged. None of the long-term treatment required for a chronic disease such as depression.

I turned to private programs and found one that seemed a good fit. Average stays were six to nine weeks and patients see a psychiatrist twice per week and therapist once per week. There were daily lectures which covered skills for regulating emotions and coping strategies, along with homework and various recreational therapy. My family doctor encouraged me to attend.

Programs like this aren’t cheap and the reality is, most people can’t afford this type of care. While there were a number of patients (like me) who funded it directly, most patients were covered by employers of frontline workers such as police, firefighters, military, healthcare workers and workers’ compensation.

It can be unnerving to open up and be vulnerable. But I’ve found most people to be supportive. I find it empowering to share and it gives me greater understanding in how I’m feeling. I’m also fortunate to have an employer that prioritizes mental health.

However, others aren’t so lucky and, as a result, they choose not to disclose their illness. People who left the workforce to address their mental illness are often worried it could affect their job prospects as they try to explain why they have a gap in their resume. Others don’t have supportive family or friends, and are worried about social stigma. Yet others are from cultures in which mental health challenges are considered a weakness and talking about them is taboo.

I can’t say I’ve been spared this stigma. I’ve taken days off work when I’ve been overwhelmed but have made up other excuses. I’ve been told to go to counselling as if how I was feeling was similar to a mole on my skin that can easily be removed. Many people with a mental illness have often said that if it were cancer or heart disease it would be far more acceptable and treatment more available.

Mental illnesses (personality disorders, addictions, depression and eating disorders) are a leading cause of disability in the world. It goes without saying that they not only affect the individual with the illness, but also their family, friends and work colleagues.

In Canada, 1 in 5 people experience a mental illness annually. And by the age of 40, half of the Canadian population will have a mental illness or experienced one. In contrast, less than 10% of Canadians have diabetes, and less than 1% will be diagnosed with cancer in a given year. However, the real number of people suffering from mental illness may be much higher as stigma and barriers to treatment often prevent people from seeking care and being diagnosed. 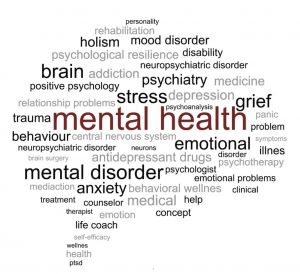 While I feel a lot better, I know this will be an ongoing journey with a long road ahead of me. And just like the person with heart disease, preventing future occurrences requires a daily commitment.

About 11 per cent of admitted COVID patients return to hospital or die within 30 days: study https://www.ctvnews.ca/health/coronavirus/about-11-per-cent-of-admitted-covid-patients-return-to-hospital-or-die-within-30-days-study-1.5904770

'The future is here': B.C. woman honoured for exoskeleton advocacy https://www.coastreporter.net/local-news/the-future-is-here-bc-woman-honoured-for-exoskeleton-advocacy-5367597 via @coast_reporter

Protestors in red Handmaid’s Tale robes walked past Amy Coney Barrett’s house with a sign that said “Keep your rosaries off my ovaries.” Perfect.