Therapeutic fibbing to dementia patients a strategy to reduce agitation 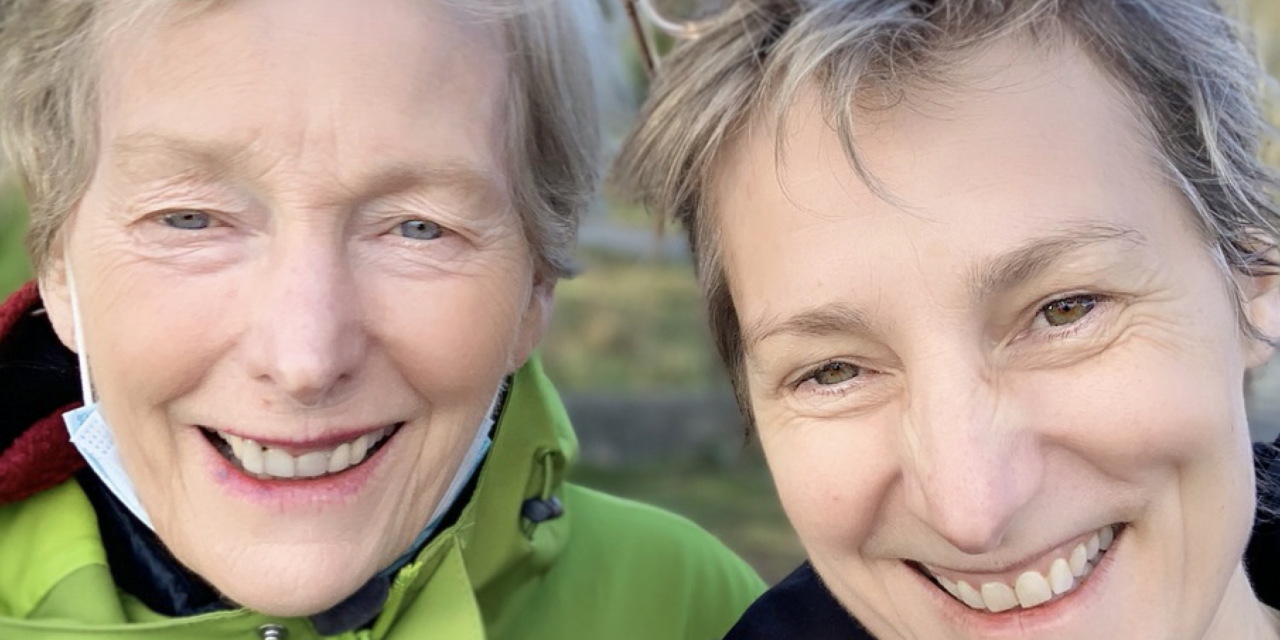 Filmmaker Jess Fraser with her mother.

My mom was diagnosed with vascular dementia more than 12 years ago.

At first, the presentation was subtle. Her executive functions started slipping, followed by the disappearance of recent memories. Lately, things have worsened. Now, most of life’s markers escape her as do words.

But friends and family members help put a twinkle in her eye and she embraces almost everyone. She’s what you might call omni-friendly — like an unwary child.

Mom’s essence still shines, as does her willingness to engage and meet people where they are at. It is a great personal gift that she’s managed to retain. This has inspired the way my family and I have navigated and learned the steps of dementia. Entering into her world, with a wink and a smile, however unrooted in reality, has proven to be our resiliency talisman.  We have embraced that ability to slip into unreality, to mentally shape-shift. In other words, we’ve thoroughly embraced ‘therapeutic fibbing’ which is a technique that involves agreeing to things that aren’t true to avoid causing distress.

Therapeutic fibbing – which is admittedly sometimes controversial – is used by many caregivers of people living with dementia. It is also sometimes called ‘compassionate lying’. It means we step into their world, all the while trying to make them feel safe and comfortable. We accept the decade they are living in and their point of view.

If they want to ‘go home’ when they are already home, we go along with it to placate them.

If they are convinced they are 12, we go along with it so as not to cause confusion or frustration.

If they think their parents (long since deceased) are coming for dinner, we go along with it.

Therapeutic fibbing can relieve stress and anxiety for both the person living with dementia and the caregiver, family members or visitors.

As a filmmaker, I wanted to pay tribute to my parent’s dementia journey.  Same for my co-creators Pat Holden and Katrina Prescott, who have both lost parents to dementia.  We wanted to flip the script from tragedy to dramatic comedy, demonstrating tools caregivers can use in the process.

The ‘Stories For Caregivers’ Platform provided us with the opportunity to make a four-part web series that focuses on a family navigating a matriarch’s diagnosis of dementia. Sound familiar?

The magic was built from there.  Everyone who joined us in the creation of Therapeutic Fibbing had a dementia story to share; from the actors to the crew.  And now an audience is joining in, offering stories of how they employed the technique with a loved one.

The Alzheimer’s Foundation of Canada estimates that close to a million Canadians will be living with dementia by 2030. Even more of us will be caregivers. That means that more of us will have to learn about strategies like Therapeutic Fibbing.

The episodes are short and fun. View them here:

Jess Fraser is the Vancouver-based co-producer /director of the Therapeutic Fibbing series. The series was produced with the help of the TELUS Fund which has financed the Stories for Caregivers Initiative.